Microprocessors or micro processing units (MPUs) are nothing short of amazing. By integrating the complete computation engine onto one electronic component, the computing power that once required a room full of equipment can now be fabricated on a single chip, usually about the size of a fingernail, though can indeed be much smaller still.

Serving as the central processing unit (CPU) in computers, microprocessors contain thousands of electronic components and use a collection of machine instructions to perform mathematical operations and move data from one memory location to another. They contain an address bus that sends addresses to memory, read (RD) and write (WR) lines to tell the memory whether it wants to set or get the address location, and a data bus that sends and receives data to and from memory. Micro processing units also include a clock line that enables a clock pulse to sequence the processor, and a reset line that resets the program counter and restarts execution.

The microprocessor is at the very core of every computer, be it a PC, laptop, server, or mobile device, serving as the instrument’s “brain”. They are also found in home devices, such as TVs, DVD players, microwaves, ovens, washing machines, stereo systems, alarm clocks, and home lighting systems. Industrial items contain micro processing units, too, including cars, boats, planes, manufacturing equipment and machinery, gasoline pumps, credit card processing units, traffic control devices, elevators, and security systems. In fact, pretty much everything we do today depends on microprocessors – and they are, of course, a fundamental component of Internet of Things (IoT) and Industrial Internet of Things (IIoT) devices which are becoming more and more prevalent in homes and crucial to businesses all over the globe.

It’s safe to say that these tiny pieces of equipment have had – and will continue to have – an enormous influence technologically, economically, and culturally. But where did micro processing units first originate, and what can we expect from them in the future?

The very first commercially available micro processing unit was the Intel 4004, released by Intel Corporation way back in 1971. The 4004 was not very powerful, however, and not very fast – all it could do was add and subtract, and only 4 bits at a time. Even so, it delivered the same computing power as the first electronic computer built in 1946 – which filled an entire room – so it was still impressive (revolutionary, in fact) that everything was on one tiny chip. Engineers could purchase the Intel 4004 and then customize it with software to perform various simple functions in a wide variety of electronic devices.

The following year, Intel released the 8008, soon followed by the Intel 8080 in 1974 – both 8-bit microprocessors. The 8080 was commercially popular, and could represent signed numbers ranging from -128 to +127 – an improvement over the 4004’s -8 to +7 range, though still not particularly powerful, and so the 8080 was only used for control applications. Other micro processing units, such as the 6800 from Motorola and the z-80 from Zilog were also popular at this time.

The third generation of 16-bit micro processing units came between 1979 and 1980, and included the 8088, 80186 and 80286 from Intel, and the Motorola 6800 and 68010. The speeds of these microprocessors were four times faster than their second-generation predecessors.

The fourth generation of 32-bit microprocessors were developed between 1981 and 1995. With 32-bit word size, these processors became very popular indeed as the CPU in computers. In 1993, following a court ruling two years earlier which prevented Intel from trademarking “386” as the name of its then most powerful processor, the company released the 80586 by the name Intel P entium, opening a new era in consumer microprocessor marketing. No longer were processors referred to solely by numbers, but instead carried a brand name, and the trademarked “Pentium” soon became something of a status symbol amongst computer owners.

The fifth generation arrived in 1995 with high-performance and high-speed 64-bit processors. As well as new versions of Pentium, over the years these have included Celeron, Dual, and Quad-core processors from Intel, and many more from other developers including Motorola, IBM, Hewlett Packard and AMD. See Computer Hope’s “Computer Processor History” for an extended list of computer processors over the years, or the Wikipedia entry “Microprocessor Chronology”.

The Future of Microprocessors

Micro processing units have also gotten smaller and smaller over the years as well. In the 1960s, computer scientist and Intel Co-Founder Gordon Moore made an interesting observation – that every twelve months, engineers were able to double the number of transistors on a square inch piece of silicon. This held true for about ten years, then in 1975, Moore revised his forecast for the next decade to a doubling every 24 months – which indeed proved to be more or less accurate until around 2012.

However, we’re now starting to reach the physical limits for how small transistors can get. Up until recently, the industry standard was 14 nanometres (1nm = one-billionth of a metre). Then came Apple’s Bionic processor – which powers the iPhone XR, XS, and XS Max – measuring in at 7nm. Since then, IBM has been experimenting with 5nm chips, and researchers at MIT and the University of Colorado have developed transistors that measure a record-setting 2.5 nm wide.

However, Moore’s Law cannot continue ad infinitum for a number of reasons. For starters, we must consider the threshold voltage– i.e. the voltage at which the transistor allows current to pass through. The problem lies in the imperfection of a transistor behaving as a switch, as it leaks some small amount of current when turned off. The situation worsens as the density of transistors on a chip increase. This puts a grave toll on transistor performance which can only be maintained by increasing the threshold voltage. As such, though transistor density may be increased, it would provide comparatively little improvement in speeds and energy consumption, meaning the operations performed on new chips would take, more or less, the same time as the chips used today – unless a better architecture is implemented to solve the problem.

Due to such limitations placed on microprocessors today, researchers are exploring new solutions and new materials in place of silicon – such as gallium oxide, hafnium diselenide, and graphene – to keep building the performance of microprocessors.

As central processing units shrink, so too do computers themselves. Over the last 60 or so years, the computer has evolved from a machine that filled an entire room to a device that can fit neatly in your pocket. And just as electronics have shrunk, so too has the price.

Today, for just a handful of dollars consumers can purchase single-board microcomputers – about the size of a credit card – with some pretty impressive communicative options, multimedia capabilities and processing power. One of the machines at the vanguard of this low-cost, high-power, small-size computing revolution is the Raspberry Pi, launched by the Raspberry Pi Foundation in 2012 as a $35 board to promote teaching of basic computer science in schools and developing countries.

The original Raspberry Pi – the Pi 1 Model B – had a single-core 700MHz CPU with 256MB RAM. There have been several iterations and variations since that initial release, however, with the latest model – the Pi 4 Model B – boasting a quad core 1.5GHz CPU with up to 4GB RAM. All models can be transformed into fully-working computers with just a little bit of modest tinkering plus your own keyboard, mouse and monitor – users have even had success using a Raspberry Pi as a desktop PC for regular office work, including web browsing, word processing, spreadsheets, emailing, and photo editing. All for under $55.

Of course, Raspberry Pi has competitors – most notably Arduino, a company that produces single-board microcontrollers (using a variety of microprocessors) that can be used to design and build devices that interact with the real world. Both Raspberry Pi and Arduino devices are widely used in development and prototyping projects, particularly for IoT devices. They are, however, much in the domain of the hobbyist – craftsmen and women trying their hand at creating useful everyday tools such as remote controls for garage doors and thermometer devices, as well as more fun projects like gaming consoles, robots and drones. There are also various other proprietary development boards available from companies such as ST Microelectronics and Texas Instruments.

While all of these development kits are good for prototyping, they are less suitable for mass production. Here at Vinnter, we use both Raspberry Pi and Arduino devices in development projects where embedded systems need to be adopted. The challenge, however, comes when we move from the prototype to an industrialized product development project for two main reasons – cost and size.

Though Raspberry Pi and Arduino units are relatively cheap for the consumer market, up to $35 a throw is simply not viable when planning for 10,000 or even 100,000 units to be produced for inclusion in other products. The other problem that comes from a development kit like Arduino or Raspberry Pi is the large size. True, these devices are impressively small for what they are – but because they include additional functions and features (such as USB connectors, ethernet connectors, HDMI connectors, etc.) that most likely won’t be required for the product being developed, they are simply too big and impractical for most real-world applications. For example, if you were developing a smart watch, then a credit-card-sized device isn’t practical at all. In addition, unnecessary functions increase power consumption – which is an important consideration, especially for battery-powered products.

Microprocessors have come a long way since the humble Intel 4004. Now capable of controlling everything from small devices such as watches and mobile phones to large computers and even satellites, it’s safe to say that with their low-cost availability, small size, low power consumption, high versatility and high reliability, the microprocessor is one of the most important and significant inventions responsible for powering our modern world.

When developing microprocessor-based commercial products or new technology products for businesses, however, it is essential to design a custom microprocessor board that’s fit for purpose. Though many very capable individuals at organizations can have much success prototyping new products using single-board microcomputer devices such as the Raspberry Pi, when it comes to large-scale production, the project will eventually have to be migrated to a production design. As such, companies currently prototyping new products will find working with third parties that have the resources and expertise to take their microprocessor-based developments and ideas to the next stage invaluable.

Vinnter serves as an enabler for developing new business and service strategies for traditional industries, as well as fresh start-ups. We help companies stay competitive through embedded software development, communications and connectivity, hardware design, cloud services and secure IoT platforms. Our skilled and experienced teams of developers, engineers and business consultants will help you redefine your organization for the digital age, creating new, highly-secure connected products and digital services that meet the evolving demands of your customers. Get in touch to find out more. 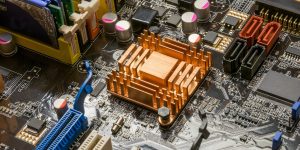 What’s New With BLE5? And How Does It Compare To BLE4? 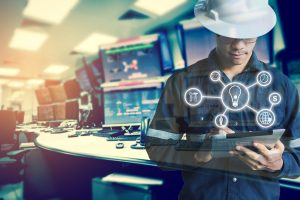 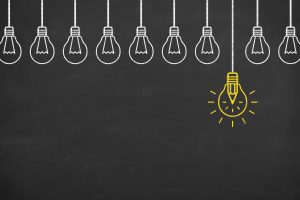 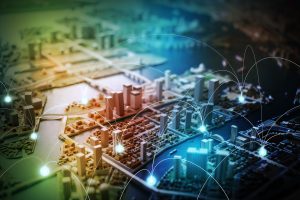 From Smart To Helpful – The Next Generation Connected Home